Bring Back The Prison Strap

I have made many posts over the years on my previous blogs and spanking groups about Corporal Punishment. We see on the news every morning about people committing crimes that involve drugs, gangs, violence, rap, etc. 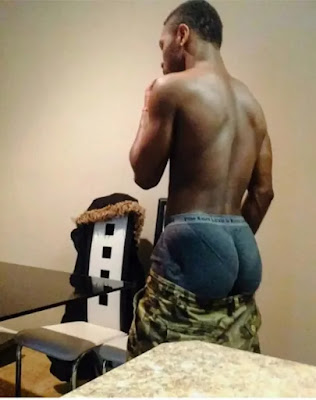 The criminals then go off to jail and come out and go back for the same thing or something worse. I know with laws and rights nowadays corporal punishment has been outlawed in some areas around the world.

For example in this video, above. This community wanted to stop the drunken people and others from disobeying the law to be upright citizens. They were arrested taken to court and was punished by a beating. Some say that this was and is against human rights, but I think differently.

Here is my concept: If a person goes to jail for committing a crime such as a drug possession, gang-related activities, unpaid fines or restitution, tax invasion, etc. I believe they should receive a good strapping/ paddling/ caning on their bare bottoms. Other offenses would lead to more drastic measures of discipline. 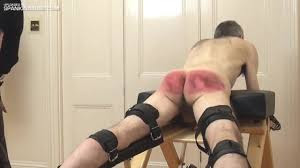 I believe after a sentence of two or three years with a dose of either implement daily, would surely change the minds of the criminals. Let's just say that they had a choice of receiving corporal/ judicial punishment daily for two years or serving a twenty-year bid without CP, what do you think they would take, or should I say which one would you take, after weighing out your pros and cons?

You will serve a smaller time sentence on a crime that you should have received more. 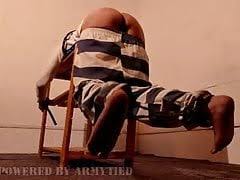 In some communities they punish their wrongdoers with canings and beltings in public, let us not forget in the religious realm they were strong believers in domestic/ judicial and corporal punishment. I believe that in each set, they displayed great discipline values, and most if not all,  learned from their mistakes and moved on and up in life as respected and respectable citizens or/and obedient to their religious way.
I am a person who has come up as a child being spanked and disciplined and it has run over into my teenage years into adulthood. Yes. I am no stranger to the cane/ razor strap/ belt/ bath brush/ strong hand and paddle. hairbrush. Even to this day, there are some things that I deserve to be punished for.
The things that I write are either from personal experience or close contact with those who have.
This article, I write is my thoughts and beliefs and of course, I will have some that don't agree and that fine.
I say all of this to say that not only do I believe in domestic discipline, but I strongly believe in Judicial and Corporal as well.
I am not stating that I believe in abuse,  A true disciplinarian should know the difference when administering.
This last video displays a village couple that was being irresponsible parents among other things. This to me is a village that is looking out for each other. For the good and the bad and they administer good holism discipline to those who need it. Notice that no one went to jail, they handled the situation on their own.

I believe the world would be in a better place if we followed this morals and discipline matter.

Carter Outside Carter is a 24-year-old straight college student.  Tom wanted to put him in a somewhat exposed setting for this spanking.  M... 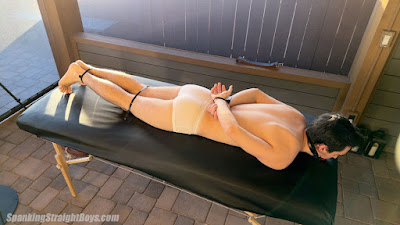